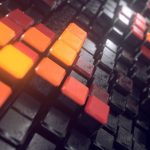 Philip Punzo also known as DJ Punzo, Is an Italian-American DJ, Remixer & Video DJ Straight Out of South Philadelphia. DJ Punzo is no stranger to Music. He Has Been in the DJ Scene All His Life. Since he started DJing around the age of 14, He has become fully immersed in everything music. DJ Punzo Is fulfilling his love for The DJ Life: The Music, The Crowd & The Mixing. At the age of 16, he started to take his hobby professionally and started to remix.

In 2003, DJ Punzo and a few other DJ’s created a Remix Service called “Digitraxx Remix”. They distributed over 100’s of Issues to the DJ’s and music lovers all over the Internet. Digitraxx became a very popular, sadly missed, and most talked about underground remix service by many.

In 2006 He joined the “Drama Squad DJs” made up of DJs from different areas. The crew consist of DJ Biggie, Detoto, DJ Shawn Saga, DJ N9ne, DJ Sugashane & DJ Pauly D, just to name a few.

That same year, DJ Punzo was also a remixer for Select Mix/Hot Tracks Remix Service and Is currently still making edits with them today. Punzo’s most popular edit he has created is a blend of Alice Deejay’s smash hit “Better Off Alone and Timbaland’s track The Way I Are which DJ Punzo Named “Better Off The Way I Are”. This blend became internet famous on YouTube, featured on DDR “Dance, Dance Revolution” Video Game, and played by many DJ’s and Radio Stations. DJ Punzo also created mixes with the World-Famous DJ BeatBreaker On Crooklyn Clan’s website. Just recently, DJ Punzo took the top spot-on Hollywood Hamilton’s Remix Top 30 Radio Show for 4 Weeks in a row with his remix of Mood by 24KGoldn and Iann Dior.

In 2007, Punzo, along with Rocco Cima created “Nocturnal USA”, A Late-night radio show in Philly, which was aired Every Friday Night just as the clubs were closing on WIOG Q102, a Philly Radio Station. The duo would pump the airwaves with High Energy Beats of Dance, Electro House & Trance. During this time, DJ Punzo was a resident DJ on the first floor at Club 27. He worked many other Nightclubs/Bars Throughout the City including Bamboo Bar, Benny the Bums, CEBU, Top Dog, South Philly Bar & Grill and The Loft.

In 2009, DJ Punzo took a Big Residency spot at Chickie’s and Pete’s inside Parx Casino in Bensalem, PA. Today, He still holds a residency at the major establishment and plays music at all the locations they have to offer, The Tropicana Casino in Atlantic City, South Philadelphia Location, Drexel Hill, Audubon, Warrington, Glassboro, and currently Marlton, New Jersey.

DJ Punzo is the Music Director & Mixshow DJ For Radio Danz, The Worlds Purest Dance Channel Based in Miami Fl. He also still mixes Nocturnal but changed the name to “Nocturnal Vibes” which airs on Radio Danz and is on Mixcloud, Apple Podcasts, Soundcloud, and iHeart Radio.